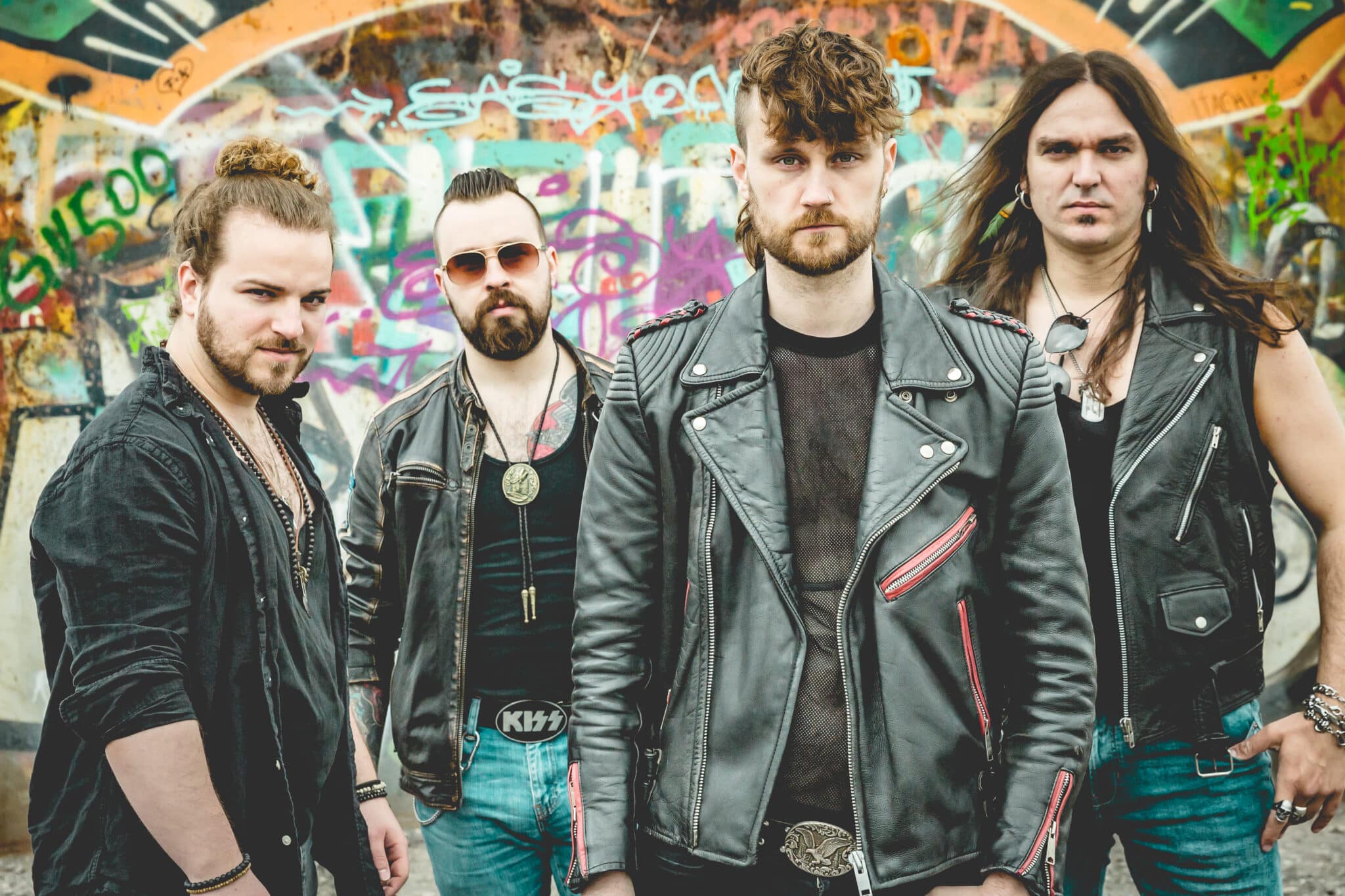 Sweat pushes out of the pores, electric guitars drag legs onto the dance floor, full heads runempty and you also think that your own chest hair is growing faster than the maximum speed allowed right now. Clearly, what is pumping out of the speakers is pure sex.

Anyone who attends one of the concerts by Nik Bird, Nik Beer,Nikola Santias and Paris Jay can feel the exploding dynamics. Fast, very slow, sexy, with kisses on the neck, love vows and everything. Formosa is rock in its natural state: an electric guitar,a bass,drums and a singer with a distinctive voice. Already on the first two albums “Tight & Sexy” (2016) and “Sorry for Being Sexy” (2018), the group, at that time still a three-piece, showed that they can build an earworm palace with few resources. Attentive to detail, Formosa layers snare on snare, riff on riff, leaving enough space, even a stage of its own, forthe unfamiliar poppy hooks that recur so reliably in Formosa’s sing-along meme game thatyou’re guaranteed to be allowed to shout along threeor four times. If you like hard music witha soft yet ironic core, you have to love this.

On more than 300 concerts Formosa already showed all over Europe, from Scandinavia to the Balkans, how great ecstatic a live show of this band can be. On their toursthe band already shared a stage with greats like “Thundermother”, “The New Roses” or as support for the legendary “Nazareth”. In March 2020 followed their third studio album “Danger Zone”(Metalville). The fourth album will be released on 21.04.2023 and will be even hotter than anything before.

Formosa, three young men, on stage together since their school days in Southern German Province, now landed in Essen in the Ruhr area, is a band that is not ashamed of nudity. Please what?

That’s right, Formosa have undressed their music, they themselves call it “Hard and Heavy”.

And while with similar groups the motto is often: higher, more pompous, more garish, Formosa return to the state of nature, which is: an electric guitar, a bass, a drum set – music in loincloth so to speak.